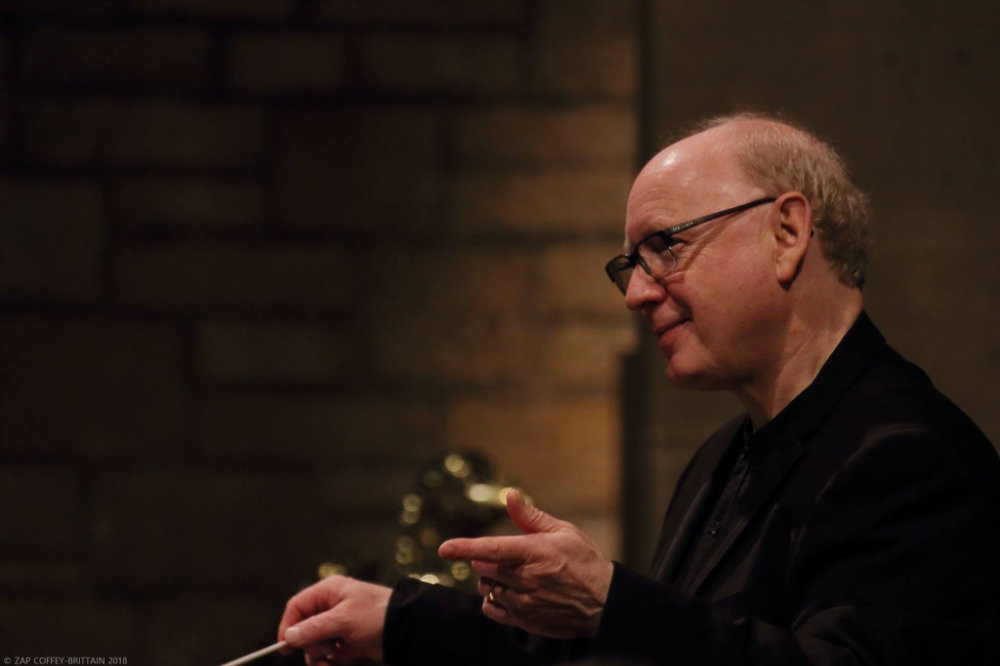 Keiron Anderson was born in Aberdeen and studied trumpet and keyboard at the Royal Northern College of Music in Manchester. While at the RNCM he started both a light orchestra and big band. Since then he has played in many professional orchestras, led his own group in theatres, cruise ships and cabarets and become one of the most experienced and innovative conductors of wind groups in the country.

Keiron is a consummate all-round musician experienced as a teacher, musical director, performer, adjudicator and composer. As well as YWO, he directs a number of other quality ensembles including the Harlequin Brass Ensemble, Nottingham Symphonic Wind Orchestra and the Phoenix Concert Band in Leeds. He has also worked with the Leeds College of Music Wind Ensemble, the National Saxophone Choir and the National Youth Wind Orchestra of Scotland.
Having retired from his post as Head of Creative Arts at Ilkley Grammar School, Keiron is now concentrating fully on composing and conducting as well as coaching a number of advanced performers and conductors. Keiron’s compositions are regulars in the YWO repertoire.

Keiron is a firm believer in the accessibility of all the music played under his direction even though some of it may be unfamiliar to the audiences. In his own words "[…] no matter what else we do, we must get to the emotional content of the music and bring it to life for the audience”.